When I first heard of ESXDOS dot commands on the ZX Spectrum Next, I (among many others) immediately thought of porting some command line tools usually available in UNIX-like systems to the new-old computer. I started playing around with them but after some initial work, I put aside this project in favour of other ones I was developing.

Recently, I downloaded the latest available nightly build of z88dk and realized that the development team has done an excellent work regarding Next support, including dot commands, making porting of command line applications very straightforward.

As a test, I successfully compiled a version of cowsay program available in the fuchsia source code repository with no change to the C source code (actually, I just moved a variable declaration to the beginning of the function in which it was used), copied the resulting executable to the SD image used in ZEsarUX emulator and executed it with the emulator itself, with the results depicted below: 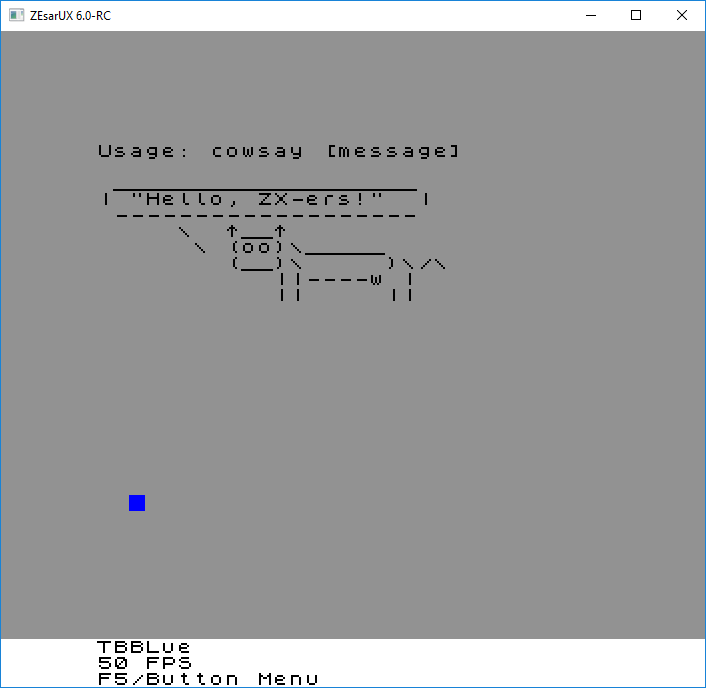 You can download a zip package containing the source code and compiled executable here.

Now, how about a modified version (let’s say: “clivesay”)? 🙂